Our passion and inspiration are born from the plant world. For over 50 years, Klorane has been committed to revealing the virtues and benefits of the plant world, while preserving it at the same time. It is this dedication to the source that drives our commitment to products that respect your skin, your hair, and the nature that enhances them.

We choose the best ingredients for you, the best for our formulas, for your skin and your hair, but also ingredients that contribute to the protection of the planet. To achieve this, we prioritise naturally-derived raw materials. The selection of these ingredients is based on strict criteria: we cultivate our own plants, which are the source of certain plant ingredients, or we establish partnerships with suppliers who comply with environmental and social charters. All the plants used in the ingredients we produce come from traced and assessed sources to guarantee the sustainability of the resource. Priority is given to organic farming or more broadly to agroecology to reduce the impact of cultivation on the environment.

of our active ingredients come from plants cultivated by our farmers in the Tarn region.

of our suppliers of plants and plant-based active ingredients are evaluated on their production and social responsibility practices.

of our plant-based active ingredients are manufactured in Europe, 62% in France.

Klorane's passion for the plant world is also demonstrated in its support for the Klorane Botanical Foundation, which aims to preserve and promote plant heritage around the world.

Protect, Explore and Share are the three main areas of commitment of the company's Foundation, created in 1994. They are expressed through concrete actions in service of the planet and its populations, in particular by planting 10,000 desert dates per year to build the Great Green Wall in Senegal, or 15,000 agroforestry trees in the Ecuadorian Amazon.

The Foundation is constantly exploring plant biodiversity by supporting university theses, taking part in the creation of seed banks to save endangered species, or promoting the depolluting properties of plants.

Finally, it passes on its botanical passion to as many people as possible through the "Graine de Botaniste" educational program, the "Botany for Change" prize, and "UNESCO Green Citizens". In addition to 25 years of action, 600,000 children have been made aware of the importance of preserving plant resources.

At Klorane, we bring out the best in nature to provide care for everyone.

The Centaurea cyanus, known as cornflower, is included in the European pharmacopoeia for its soothing and decongesting properties.

We have chosen Calendula to gently introduce babies to the benefits of nature, while taking care of their fragile skin with its soothing properties

Grown in the Amazon, Cupuaçu is a star ingredient. A butter with exceptional nutritional power is extracted from the Cupuaça fruit.

Aquatic Mint is known for its detoxifying properties on the scalp.

One of our favourite active ingredients at Klorane, particularly for its richness in carbohydrates, lipids and vitamins which give it moisturising, softening and protective properties.

Hand-picked pomegranate bark is dried in the sun to concentrate its active ingredients, we then derive a patented extract with fixative properties.

We have selected flaxseed for its rich mucilage, a true reinforcement that naturally lifts the hair.

We selected mango because it is richness in nutritious fatty acids. Our experts extract a rich butter from the kernel that deeply nourishes and hydrates dry hair.

We chose Chamomile because of the yellow pigment found in its flowers, which has lightening properties.

Klorane chose the olive tree for the exceptional anti-ageing properties of its fruit. The olive tree has been a symbol of resistance and longevity since antiquity.

Nettle was used in traditional medicine for its astringent and anti-inflammatory properties. The roots of the nettle contain an abundance of natural sebum-regulating active ingredients.

Quinquina, a tree native to South America, was brought to Europe in the 17th century. Quinine is extracted from its bark and was traditionally used as a tonic and astringent.

The citron that we cultivate under the Corsican sun offers incredible purifying, clarifying power to hair that gets greasy quickly.

A brand ahead of its time 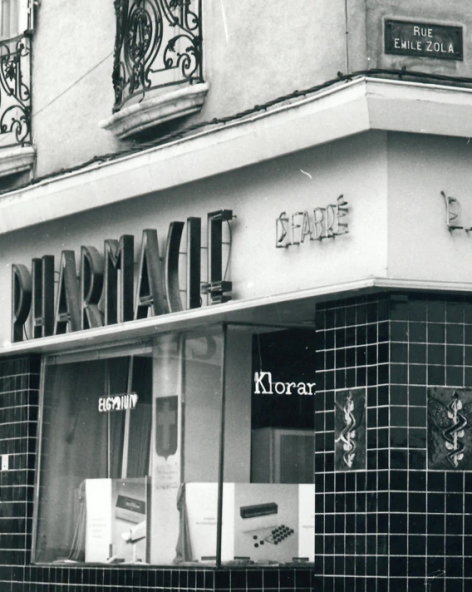 In 1965, the young visionary pharmacist Pierre Fabre bought the Parisian laboratory Klorane and launched, with its range of soaps, the era of dermo-cosmetics. But it was in 1966 that he really made his entry to French bathrooms with his first camomile shampoo designed to enhance blonde hair. In 1967, two key inventions that confirmed the brand's commitment to plant-inspired cosmetics were launched, following the Calendula baby range and the cornflower-based cleansing water. In 1969, Pierre Fabre established the principle of 1 plant to treat 1 symptom, which still inspires us today. 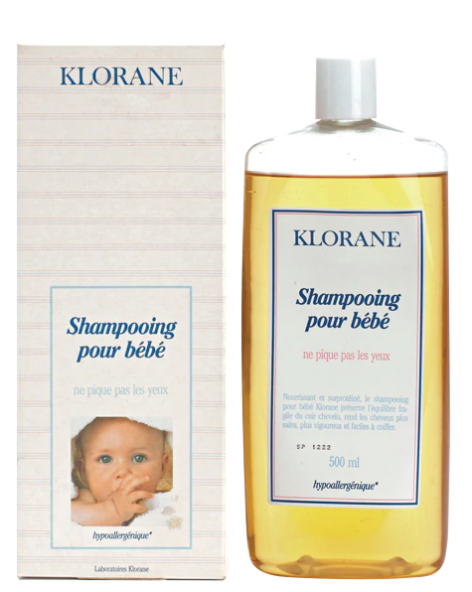 As early as the 1970s, Pierre Fabre filed patents to guarantee not only the quality of its products, but also their effectiveness. An original and avant-garde botanical-pharmaceutical concept that gave birth to the plant and plant active ingredient supply chain, which a few years later became an integral part of the Green Mission Pierre Fabre ®. A true chain of pharmaceutical expertise, it provides total traceability of plant-based active ingredients from their harvesting to their integration into Klorane skincare products.

As environmental issues came to the forefront with the first Earth Summit in Rio in 1992, Pierre Fabre and Klorane decided to dedicate their commitment to the preservation and promotion of botanical heritage by creating the Klorane Institute, now the Klorane Botanical Foundation, whose missions of protection, exploration and education would find several manifestations over the next 30 years. Since 2018, the brand has demonstrated its environmentally-friendly commitments in its new identity,“ the Soul of Botany ”, the fruit of 50 years of love and care for Nature and Mankind. 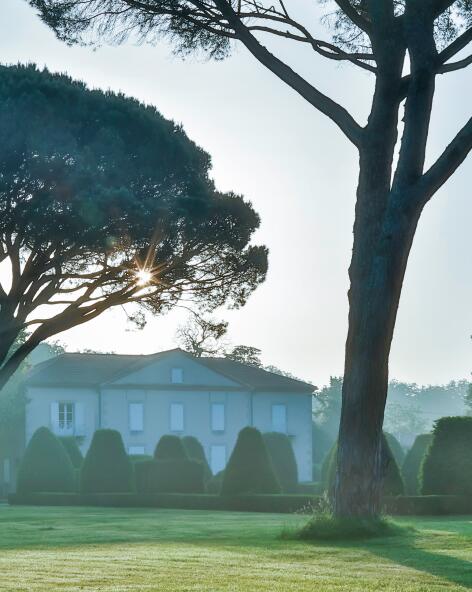 Back to top
It seems that you are in @countryName@. Would you like to continue on this website?