Klorane uses cookies and other tracking technology to optimize the performance and functionality of the site, to measure the audience and adapt the content of the site to suit your interests. For more information about the processing of your personal data and your rights, please see our Privacy Policy . To set or disable cookies, click here.

These cookies are essential to meaure the functioning of the site and can not be deactivated from our systems. They are usually activated in response to actions performed that match a particular service request. For example; setting up your privacy preferences, logging in, or filling out forms. You can configure your browser to block or be alerted of these cookies. However, if cookies are blocked (which do not store any personal data) the site will not function effectively.

These cookies allow us to determine and track the number of visits and traffic on our site so that we can measure and improve performance. They also help us identify the most / least visited pages and evaluate how visitors navigate the site. All information collected by these cookies is anonymous. If you do not accept cookies, we will not know when or why you visited our site.

These cookies are related to marketing features. They can be used by companies to establish a profile of your interests, and allow them to offer you targeted advertising on other sites. They only work by identifying your browser and device. If you do not accept this category of cookies, advertisements less targeted to your interests will be offered to you when you browse other websites.

Become the heroine of our featured cities!

Calling all urban heroines looking for inspiration for their next trip: check out these 5 action-packed cities that are committed to combating pollution on a daily basis! Immerse yourself in cosmopolitan life in Singapore, the garden city

Singapore – a global finance hot spot – is known as much for its glittering skyline, where the most breathtaking skyscrapers jostle for space, as for its relentless endeavours in pursuing sustainable development. Yet, a stopover in this city-state, home to five million inhabitants, has much more to offer than just exploring its vertiginous architecture…

Amongst the countless parks, the Gardens by the Bay stands out as a futuristic landscape that is promoting the symbiotic nature of biodiversity and technology. Singapore, in its quest to be ever greener, has been imposing environmental requirements on all developers since 2008. As a result, the Oasia Tower developed a facade that is composed of vibrant red aluminium mesh which is completely covered in plants. While easy on the eyes, the main aim of this vegetation is to absorb pollution and to create a truly “living tower”. It's hard to resist the call of the Little Mermaid! A permanent resident of Copenhagen. This compact city is situated on two islands and crisscrossed by canals and dotted with castles and palaces. Additionally, this beautiful Scandinavian city boasts a valuable and rich historical heritage. Visitors can come to these shores of the Baltic Sea to discover a city at the forefront of architecture and design. Here's our agenda for exploring Copenhagen:

And to get from one of these destinations to the next nothing beats a bike. In Copenhagen, the cyclist is King (or Queen!). After two decades of massive investments in cycling infrastructure, bikes now outnumber cars! 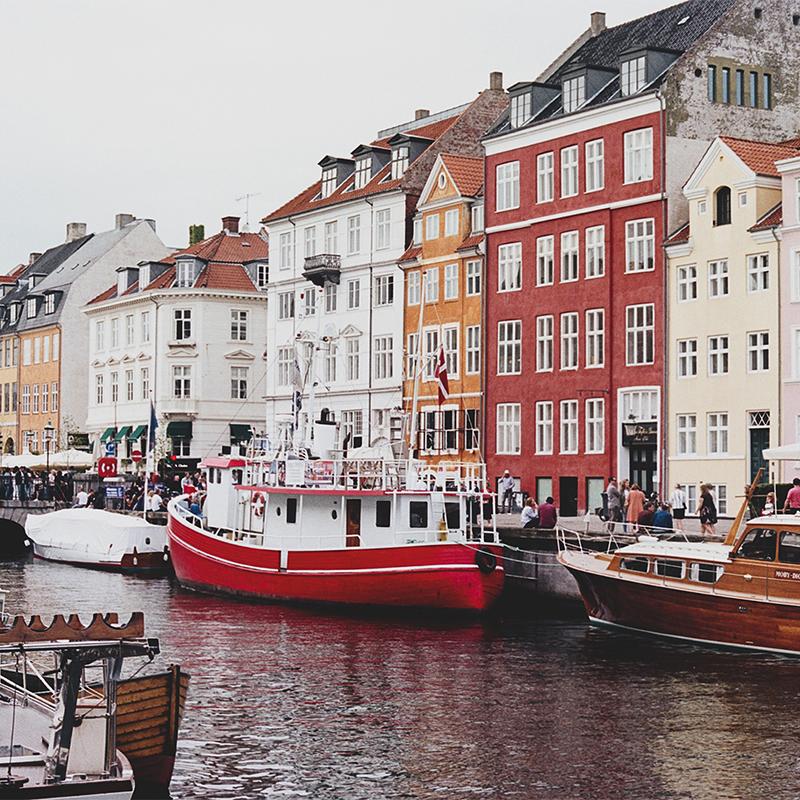 Set between mountain and ocean on Canada's west coast, Vancouver is a laboratory of urban ecology. Gregor Robert, the city's mayor, elected in 2008, has launched projects all over the city with the goal to become the greenest city in the world by 2020. A stopover in this cosmopolitan city of 600,000 inhabitants already guarantees you an out-of-the-ordinary setting. Judge for yourself: Go visit the most sustainable city on the planet, Zurich. The largest city in Switzerland, located at the northwest point of Lake Zurich, is regularly cited as a model for sustainable cities. One of its latest initiatives is a project called “2000-watt society” which aims to halve Zurich's electricity consumption by 2050. It’s also easy to visit all our favourite sites using the Zurich Card because of the incredible public transport. Small in size, but large in terms of its cultural offering, Zurich is home to no less than 50 museums as well as some 100 galleries! We think the Kunsthaus and the Rietberg Museum with its prestigious collection of non-European art are unmissable. Reykjavik: clean air and a supersize spa for a green vacation

Reykjavik was recently voted “the greenest city in the world” by Travelbird website. It’s hardly surprising since the Icelandic capital is entirely powered by geothermal energy and hydroelectricity, and its public transport runs on hydrogen. A stay in this city of just 120,000 inhabitants guarantees you a breath of fresh air along with a good dose of culture!

As for nature, it is never very far. For an unmissable experience, try the blue lagoon. Located half an hour from the city, this large lake with milky blue waters is ideal for swimming as its average temperature is 39°C (102°F). Regularly ranked among the best spas in the world, it is without a doubt the most spectacular.